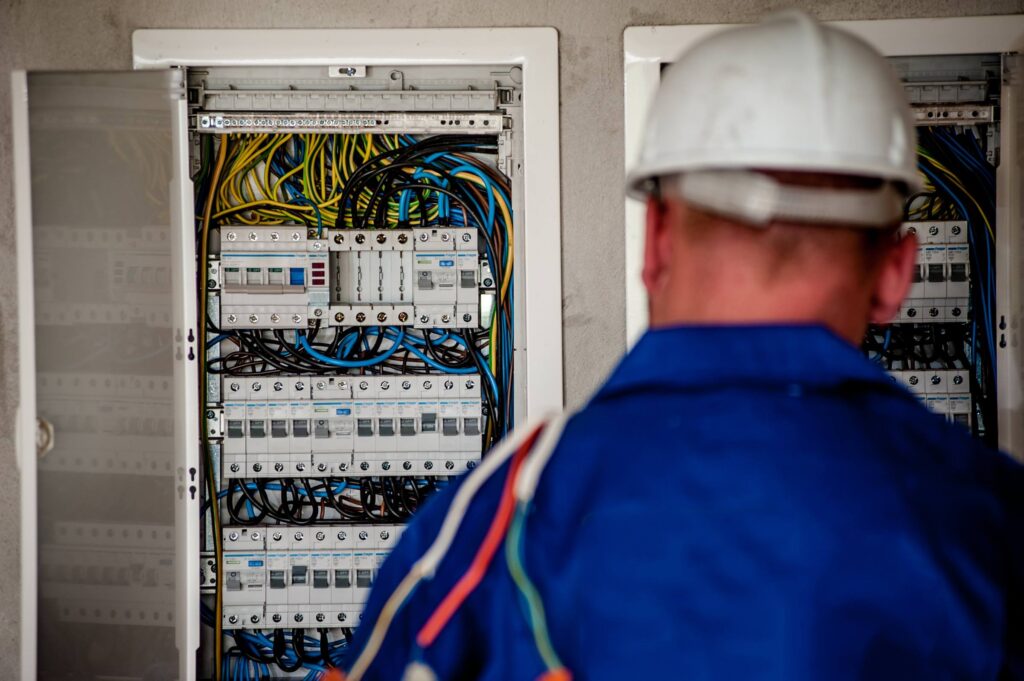 Ever wonder how your entire building’s electricity is maintained? It’s intriguing to learn how an electrical distribution board functions. There are housings for the contact breakers, earth leakage units, doorbells, and timers. In other words, it guarantees that the structure receives sufficient electricity.

The majority of distribution boards have a flexible nature. They can be bought as unwired conventional units ready to use, empty enclosures, or mainly made to meet the user’s electrical needs. The best thing about an electrical distribution board is that as long as a switch disconnector manages each panel, the irrigation system at your farmhouse can operate on a different distribution board than the one used for the swimming pool area.

Power Distribution Boxes, Power Distribution Units (PDUs), or a Distro cannot be disregarded while discussing distribution boxes. A distro transfers electricity securely from the power supply to the other components of a circuit. It has several outputs and one input.

That implies that several devices are directly linked to the distribution rather than the power source. It improves the efficiency and convenience of distribution while ensuring safety. The key benefit is its capacity to lower the likelihood of dangerous short-outs or blown fuses.

Power distribution boxes come in various sizes, styles, and construction options. Voltages at the input and output are potential variables. Additionally, the number of information can be altered and is produced with additional safety features like MCBs.

Power distribution boxes are practical because they do not require that each output device be directly connected to the power source. Therefore, it is unnecessary to utilize more cables than are needed. There are fewer wires for staff and visitors, offering a safer working environment. Due to their propensity to tangle with other objects, wires can have severe tripping risks.

Read More: What Is A Prebuilt Garage? Its Benefits, Drawbacks, Cost, Types And Everything You Need To Know

Depending on the appliance and requirements, choose from the following assortment of electrical distribution boards, also known as electrical panel boards:

Fuse boxes make up the first category of DB board. The consumer unit that manages and distributes the electricity is a fuse box. Knowing where your home’s fuse box is located is crucial since, in the event of an accident, you’ll need to immediately find it and turn it off to avoid a catastrophe. There are three components: the circuit breakers, the residual current unit, and the critical Switch.

A type of electrical distribution board known as the main breaker panel protects circuits while monitoring the panel’s amperage power. Each course has a breaker connected by three wires, which keeps the circuits from overheating. Due to their intended use, most breaker panels can also turn off power to the entire house, including the circuit breakers.

Panel fuse bank acts as a distribution system’s load center. It offers over-current electrical circuit protection for electrical safety. A panel fuse bank is perfect for distributing electrical power from a solar panel. The energy is stored on the solar panels before flowing directly to the fuse box, then distributed throughout the house.

Central lug systems can be utilized as a home/office distribution board when there are a lot of breakers upstream. Line wires enter these lugs, and most lug panels are frequently used as a sub-panel when attached to a breaker. In an emergency, cutting off energy at the meter will prevent it from reaching the house.

The most straightforward DB Boards to install, the cleanest, and the most efficient in the home are subpanels. They function as satellite breaker panel that is useful for the world it serves because they are smaller and help deliver energy to a particular area of the house or property.

They can alter the current distribution in the field or land and receive their power from the most significant amount of wood. They might not experience any disconnects, however.

A transfer switch, also known as a subpanel, is utilized when a power load needs to be moved from one electrical source to another. A steady supply to the generator, for instance, and vice versa. With the aid of the breaker panel, it converts generator power into electrical power.

In unpredictable and variable weather regions, transfer switches are the perfect backup power source. In the case of a power loss, the transfer switch swiftly converts generator power to electrical energy through the breaker panel. There are two types of transfer switches:

What sets a distribution board apart from a consumer unit?

A distribution board and a consumer unit are two terms that buyers of electrical panels and related supplementary components may not always be familiar with. The confusion may be intensified because distribution panels and consumer boards are occasionally interchangeable. However, in actual use, the technological distinction only matters to some customers in particular use situations. Regardless of the vocabulary they use, individuals typically mean the same thing.

They typically come in a metal or plastic casing with several fuses and breaker switches. These can isolate the building’s main electricity supply from specific regions. In this sense, a consumer unit is merely a distribution board accepted for use in ordinary working settings as an appropriate and secure electric panel design.

What distinguishes a Type A from a Type B distribution board?

What is a 3-phase distribution board?

Power is distributed to individual consumer points or circuits within a building using 3 phase distribution boards, which are panels that house the circuit breakers, ground leakage protection devices, and fuses.

A Type B distribution board: what is it?

Busbar arrangements on Type B distribution boards accommodate multi-pole and single-pole OCPDs. The OCPDs are typically linked to the sides of a vertical busbar.