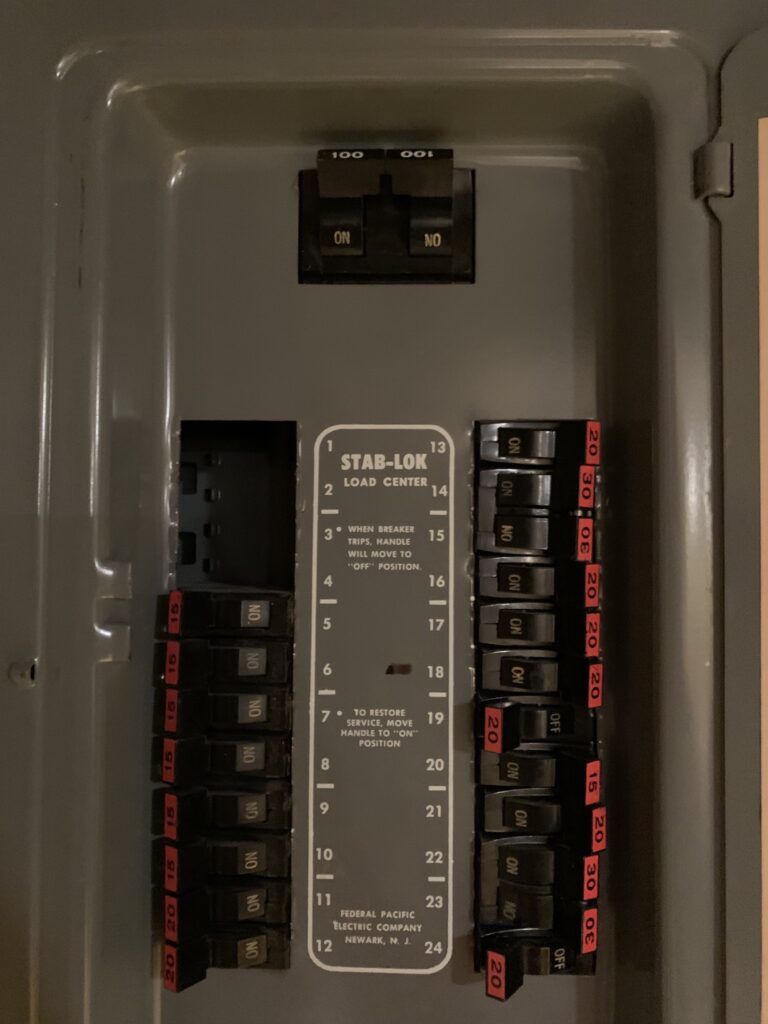 A New Jersey State Court found in a class action case that the Federal Pacific Electric (FPE) Company had violated the Consumer Fraud Act by knowingly and intentionally supplying circuit breakers that had not been tested to meet UL specifications. Federal Pacific Electric panels fail to trip under UL 489 test settings at a substantially higher rate than regular panels, according to a specialist who looked into the possible dangers of these panels.

Numerous residences all around the country have their panels installed. However, the Federal Pacific Electric panels frequently failed to safeguard homeowners and their families over time appropriately, as discovered by electricians and house inspectors. FPE panels may appear to operate correctly for years, but after only one overcurrent or short circuit, they can overheat and represent a fire risk, according to experts.

After that, it can neither be manually stopped nor turned off. Electricity will keep burning until the fuel runs out or the conductors melt. The panel may overheat and catch fire, severely endangering a house and its residents. Panels and breakers from Federal Pacific Electric frequently last for years in good condition.

Federal pacific panels: Are they risky?

Testing many FPE electrical panels revealed substantial failure rates, with almost a third exhibiting some potentially dangerous breaker issue. Wires may overheat. As a result, you are posing a fire risk. Burn or scorch markings on the box or broken breaker switches are indications that your FPE panel needs to be repaired.

According to some estimations, homes with FPE panels and breakers are 20% more likely to experience a fire than those with properly functioning breakers. Federal Pacific Panel Breakers is among the most well-known manufacturers with these problems, although they are not the only ones. It’s essential to find out what type of breaker panel is placed if you have any in your home or place of business, so you are aware of any potential risks.

You can fix them, but you shouldn’t

Fuse replacement is not advised, even though it is feasible to “repair” a Federal Pacific panel breaker. In most cases, the most important thing you could do to keep your home or business safe is to remove these systems from every circuit breaker and replace them with ordinary ones as soon as possible.

The national electrical code banned it

The Federal Pacific Panel Breaker model is currently prohibited under the National Electrical Code. According to this, it is not permitted to utilize this kind of equipment in newly built homes or companies, and your home may still contain one put in years ago! These systems also don’t have a ground line, which makes them extremely dangerous if your property has other electrical problems.

Additionally, after using them around 15 times, they will overheat since they cannot handle power surges. These panels don’t comply with modern safety requirements. Thus the fuses inside soon burn out, putting you in danger of fires or shock when using them frequently.

Does your Federal Pacific panel need to be replaced?

Yes, to answer briefly. These breakers seriously threaten you and your home since they have started too many fires. If you locate one of these somewhere in your home, it should be replaced first. It won’t be simple to get homeowner’s insurance if your Federal Pacific breaker panel isn’t returned. Therefore changing it makes financial sense as well as safety sense.

Avoid attempting to fix or alter the panel to save money. The best course of action is a replacement. Many electrical professionals and house inspectors believe that replacing Federal Pacific breakers alone may not be wise. They advise replacing the entire electrical panel instead, contending that swapping out FPE Stab-Lok breakers is unlikely to lower the chance of trip failure.

How to determine whether my breaker panel is risky?

Examining the cover of your breaker box will reveal whether or not you have a Federal Pacific panel. The panel cover will have the word Federal Pacific, or FPE printed or embossed. If the surface has no markings, open it up and look inside the breaker box.

The FPE Stab-Lok circuit breakers, rather than the box itself, are the threat. The circuit amp rating is usually inscribed in black on a red stripe on the end of the switch on these breakers. The Stab-Lok logo is frequently located inside the panel as well.

What is a panel breaker for the Federal Pacific?

Suppose there are any other types of electrical difficulties on your property. In that case, a Federal Pacific Panel Breaker is a sort of breaker panel that was improperly designed and could result in serious troubles. Understanding the dangers of utilizing this breaker panel in your home or business is critical.

Federal Pacific panels, are they secure?

Unexpected circuit breaker failure is a common problem with Federal Pacific Electric panels and breakers (FPE Stab-Lok). Most inspectors and electricians consider these breaker panels defective and unsafe due to the numerous house fires connected to their high failure rates.

How can I detect if the panel breaker on my Federal Pacific power supply is unsafe?

You may find out if your house has a Federal Pacific panel breaker in several ways. One method is to inspect each breaker for the “Arrow” symbol. Another approach is to check the model number; if it has the letters “FPE,” your panel is probably from Federal Pacific.