Explain what you mean by the term “narcolepsy.” 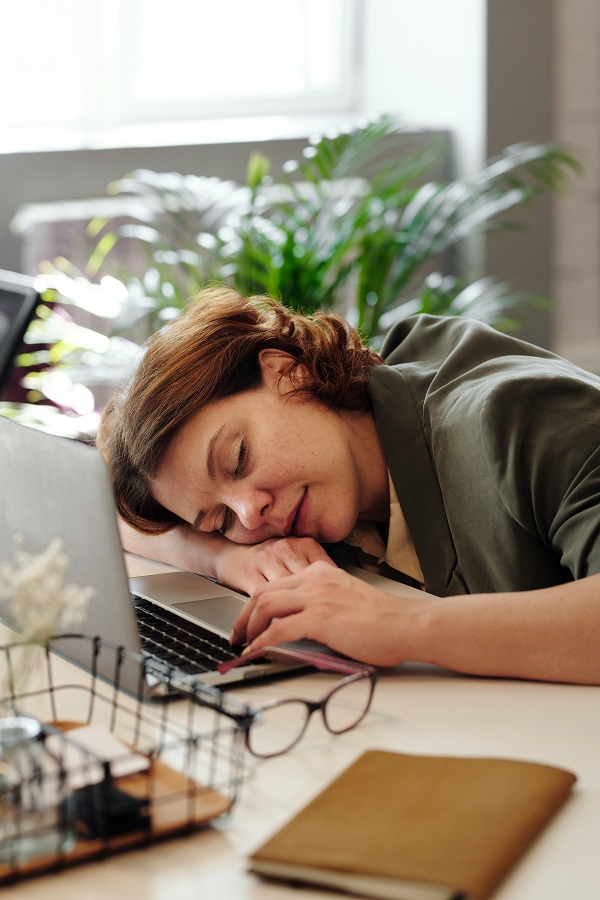 Between 0.02% and 0.18% of the population suffers from narcolepsy, a neurological disorder with typical onset between the ages of 15 and 25. Despite its rarity, narcolepsy has the potential to severely limit daily functioning.

Narcolepsy is characterised by extreme daytime sleepiness. When this happens, it’s not unusual for people to take a short nap or suffer from a full-blown “sleep attack” because they feel an overwhelming urge to sleep. These naps often don’t last more than 15 minutes, although they may be longer, and the sufferer reports feeling refreshed and ready to resume their day. In addition to experiencing sleep paralysis and sleep fragmentation, patients with narcolepsy may have much faster sleep onset than the normal population.

Narcolepsy has been connected to the sudden loss of muscle tone known as “cataplexy,” which may make a person immobilised. Cataplexy bouts, which may be triggered by things like laughter or anger, often don’t last more than 30 seconds, making them easy to miss. Symptoms of these attacks might include a slackening of the jaw muscles, a sudden forward fall of the head, and a weakening of the knees. Yet in severe cases of cataplexy, the person may remain immobile for many minutes.

In a typical night’s rest, you’ll enter a stage of sleep known as non-rapid eye movement (NREM) sleep, and then a few hours later, you’ll transition into REM sleep. Many people with narcolepsy, however, bypass NREM sleep entirely in favour of REM sleep. This might trigger vivid dreams just as you’re about to nod off. REM sleep is characterised by active dreaming and a decrease in muscle activity.

Scheduled daytime naps (also known as the multiple sleep latency test) in a sleep laboratory may be useful in diagnosing narcolepsy if REM-sleep onsets occur in at least 2 of 4 nap possibilities.

Although much remains to be discovered about the precise origins of narcolepsy, studies show that it may be a genetic ailment, which would be passed down through families in their DNA. Research has shown that people with narcolepsy have lower than normal brain levels of a protein called hypocretin. Since hypocretin plays a key role in controlling sleep, it has been proposed that narcolepsy is an autoimmune condition in which the immune system attacks healthy cells inside the body (in this case, those responsible for producing hypocretin).

The beginning of the disease is likely also influenced by other, environmental factors. Additional risk factors for narcolepsy include pregnancy, changes in sleep patterns, brain injuries, and high levels of stress. More than half of people with narcolepsy say they had these symptoms in the years before their disorder began.

Substitutes for sleep that are used to treat narcolepsy

The sleep disorder narcolepsy may be treated with Modvigil. to lessen its symptoms, but there is presently no “cure” for it. Planning naps and breaking up the day with smaller, vegetarian meals may help regulate daytime sleep and reduce the number of unplanned naps.

Cataplexy, sleep paralysis, and hypnagogic hallucinations related to rapid eye movement (REM) sleep may be treated with medicine in addition to behavioural adjustments.

Although there is currently no cure for narcolepsy, treatment with medication and modifications to one’s way of life may help. The sections that follow give more detail on the aforementioned issues.

Avoiding sleeplessness due to exhaustion

Behavior modification is one treatment option for narcolepsy. Daytime naps of about 20 minutes’ duration are often required.

While no medication can guarantee complete wakefulness, a doctor may recommend a central nervous system stimulant if sleepiness persists after other treatments.

These are the paths open to you Modalert the go-to choices for treating sleepiness.

Addiction is more common with the other medicines since they have been around longer. As an added downside, they might trigger emotional swings, heart rate changes, and other undesirable side effects.

Fruits and Vegetables: Their Health Benefits

Helpful Hints for Dealing with Back Pain